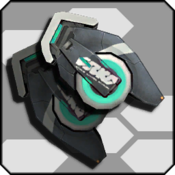 Knuckles
Being one of the Fighter's choice of weapons, its PAs can be canceled by using its Weapon Action, "Sway" (Except for Heartless Impact).


There are also PAs that allows the user to be invulnerable when activated, leaving little room for error.
The damage per PA is relatively high among all weapon types, along with fast attack speed from its Focus, allowing for high speed and powerful gameplay.
In compensation, all of its attacks are very short in range, making it difficult to gain the opportunity of attack.
For Knuckles Focus, Focus Gauge does not decrease by evasive actions such as swaying or sidestepping. Focus Gauge will reset from taking damage that causes flinching or knockdown or if the user stops attacking. Focus Gauge is not lost if the user takes damage while performing PAs.
Synergizes well with Tech Art skills due to the ease of weaving in attacks.
Some PAs can launch the enemy from the ground.