"Emergency Announcement: We are preparing for a defensive operation against a large number of DOLLS appearing in the Aelio region. All ARKS defenders, please prepare for deployment. (For players with 1243 Battle Power and higher)."

"Attention ARKS defenders: We are beginning a defensive operation against multiple DOLLS in the Aelio region. We request the participation of all ARKS defenders. (For players with 1243 Battle Power and higher)."

We've received an emergency support request from our active mining unit in Aelio Plains. Numerous enemy readings in the area suggest a major assault is likely. We need all ARKS defenders to hurry to the site and defend the Mining Rig.

Mining Rig Defense: Aelio is an Urgent Quest released on August 18th, 2021, in which you defend a resource mining rig from enemy attack. Like normal Urgent Quests, there is an announcement prior to the event and the starting location is displayed on your map.

The enemy attacks come in successive Waves. Your goal is to work with other players to successfully defend the rig until the end of the final Wave. The structural damage will affect the rank you receive when completing the quest, however, it will not affect the reward items you receive.

Accessing the Mining Rig will allow you to spend varying amounts of Earned Points for Support Modules such as Recover Structural Integrity and Barrier Shield. Mobile Cannons are powerful special equipment that you can call in via Delivery Devices.

The following information is based on preliminary observation, and as a result may be incorrect or may not accurately reflect the values seen in-game. Time values may also not fully represent values seen in-game due to server latency. The time values (displayed in x:xx format) represent the time that remains in the wave (visible on the left menu in-game). 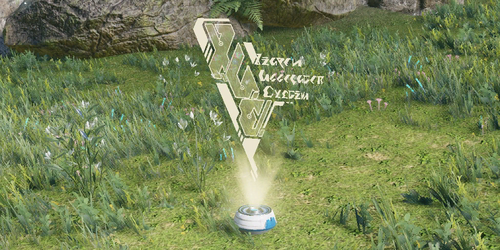 Delivery Devices are special teleporters found throughout the field during Defense Quests. Depending on how many Collectasigne points you've earned, you can make use of Mobile Cannons. 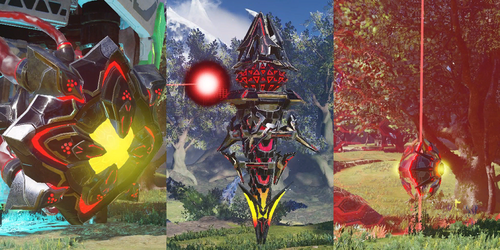 During Defense Quests, "DOLLS Weapons" will show up to cause problems.

Destroy these enemy weapons as soon as possible.

Photon crystals known as "Collectasigne" will appear on the field as you do battle with enemies. When you collect them, they are stored as "Earned Points" that you can use at the Mining Rig and Delivery Device support modules. Points earned are shared by all players and everyone may make use of them.

Emergency Alerts are sudden incidents in which multiple dangerous enemies such as DOLLS Weapons and Enhanced Enemies appear. It's important to check your radar map to assess the enemy's strength, find your allies, and calmly formulate a response. 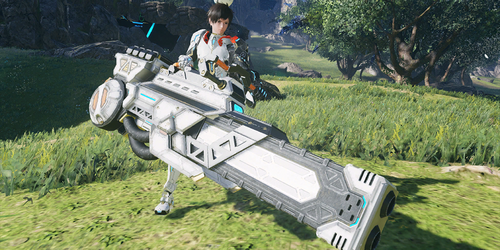 Mobile Cannons are powerful special equipment that you can call in via Delivery Devices. While equipped, you are unable to use your normal weapons, and your player character's actions are restricted.

The Mobile Cannon can make the following actions:

The Mobile Cannon has a time limit on its use, and when time is up, it is automatically unequipped. Selecting "Unequip" from the Sub-Palette or becoming incapacitated will also cause it to be unequipped.