Enemies such as Dolls and Alters spawn in the field. Note that some enemies have weak points, and others will become stronger under certain conditions.

Dolls are enigmatic enemies that ARKS battle against. Some Dolls can change their color to red during battle, or after receiving a certain amount of damage, to increase their attack power and change their behavior.

The yellow core is their weak point, so target it to deal more damage.

Alters are organic enemies that alter their forms during the night, often growing glowing red blades on various parts of their bodies.

Given these changes in strength, it may be necessary to only take them on during the day, and avoid them at when they're at their toughest.

Each Alter has a yellow eye on their body that acts as a weak point. Some Alters may require destroying armor parts before becoming a weak point.

Formers are enemies directly based on ones from PSO2, such as Sylvants or Automata.

Tames are animal enemies that can drop Meat when killed. Most will attempt to flee when attacks, but some will be aggressive and attack when agitated.

Rare Enemies are of a different color variation of normal enemies and bosses. The have increased experience and drop rewards over their default versions.

In combat zones the chance that any enemy spawns as a increases as the PSE Level goes up with a guaranteed Rare Enemy Boss spawn during a PSE Climax. 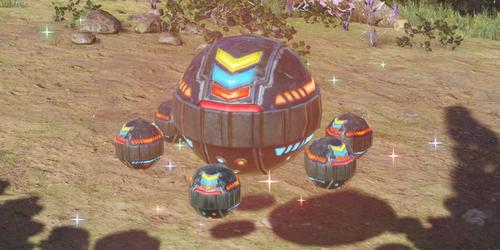 Captans are enemies that appear in Exploration Sectors and Combat Sectors on rare occasions. A Captan will only spawn with its respective Emergency Trial. When you defeat them you can obtain various Augment Capsules, which may include higher value capsules such as

Dread Keeper I - III, and

Gigas Augments I - III. Captans may also appear in certain Limited-Time Quests available during Seasonal Events. The rarity and tier of Augment Capsules obtained will depend on the defeated Captan's level, for instance a Captan that spawns in West Aelio will only have an inherent level of 7 and may only drop

Mastery I, while a Captan that appears in a Level 60 Combat Sector will have a chance to drop 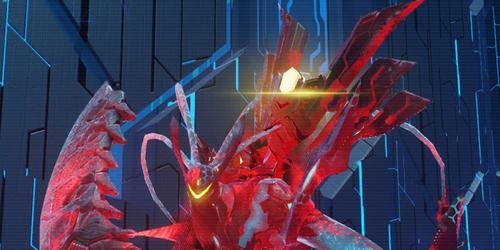 Enhanced Enemies are Normal Enemies and Bosses that have been pierced by a mysterious object called an Enhancer, which allows them to enhance themselves. They glow with a red shield aura that reduces all damage not done to the Enhancer to minuscule amounts. The Enhancer is considered a weak point and when destroyed removes the red shield aura, replacing it with a blue aura, allowing for normal damage to be inflicted. Enhanced Enemies may spawn as part of a Trial in Combat and Gathering Zones or "escorting" a group of Rare Enemies in Gathering Zones.

and have a rare chance to drop

Vialto Armor: Sheza, and the

At High Rank Combat Sectors or levels, Equalizing Enemies have a chance to drop the 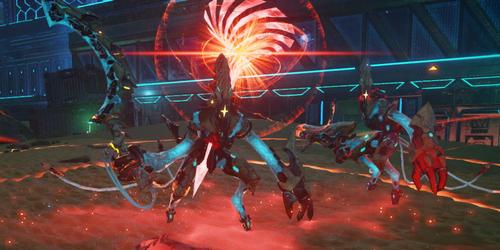 At High Rank Combat Sectors or levels, Equalizing Enemies have a chance to drop 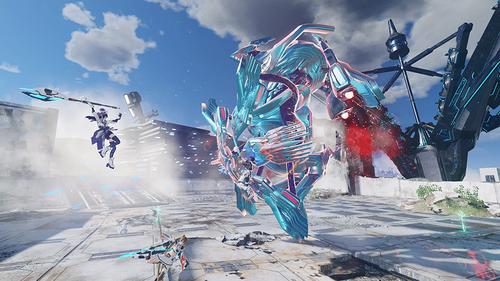 Megalotix Enemies are a unique variant of enemies that exclusively appear in Level 35+ Combat Sectors. Megalotix enemies are coated with a cyan, crystal-like sheen, and depending on the level, may have considerably stronger attack power than Gigantix Enemies.

Arms Refiner, and the

Fused Augments, such as Gua Precision and Sta Might. 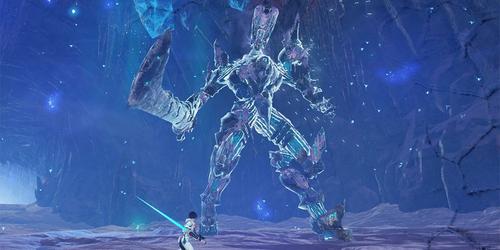 Ancient Enemies are incredibly powerful enemies found in the caves of Rayjord Gorge that have the "Ancient" designation. Not only are they even more powerful than Gigantix, but healing effects are reduced inside the caves, so make sure you're ready.

Ancient Enemies are known to drop Icicle Cubes, which can be used to exchange for shop items in the Kvaris Exchange Shop. Ancient Enemies will spawn approximately every 10 minutes in the cave of Rayjord Gorge. The spawn timer begins once a player has created a room instance, and once the Ancient Enemy has been defeated. The weather in the Kvaris Region is not known to have any influence with the spawn conditions. 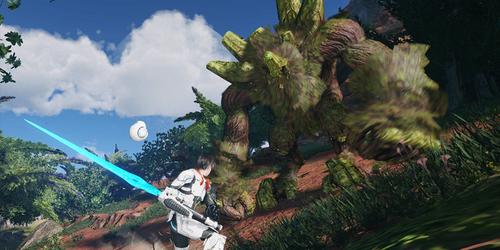 Dread Enemies, better known as Veterans, are stronger high level versions of bosses that will only spawn in specific areas.

Dread Enemies will spawn in their set locations approximately 10 minutes after a player creates a room. A room is the instance that is created whenever a player joins a region.

Should a Dread Enemy be defeated, the defeated Dread Enemy will respawn after 10 minutes have elapsed, provided all the spawn condition criteria is met. 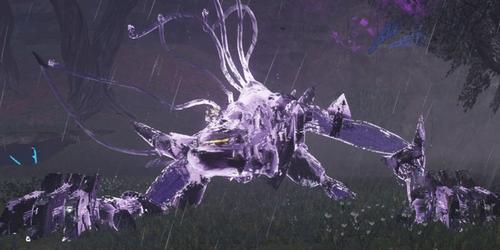 Gigantix Enemies are rare Bosses that only appear during special weather conditions, and will vanish when the special weather dissipates. It is highly recommended that players take down these rare bosses in an organized room, as these weather conditions will only last a few minutes. Gigantix Enemies can be fought at Battledia Purple Trigger Portals.

Gigantix Enemies drop exclusive items, such as the

Gigas Augment Capsules. Gigantix Enemies at Lv. 49+ have a chance to drop up to 3

Photon Scales. Gigantix Enemies in the Stia region may drop 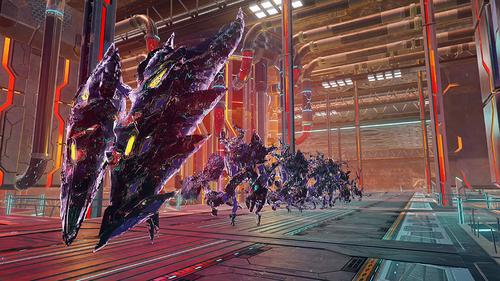 Recon Gigants and their associated bosses have a chance to drop exclusive items, such as

Gigantix Bosses will randomly spawn in set locations in the following regions:

Defeating Recon Gigants in a certain area may spawn different Stia Gigantix Bosses from other areas.

Some Gigantix Enemies have been found to only drop certain weapons respective to the Straga Series. As a result, these drops are based on preliminary information that is subject to change at any time. Please refer to the table below for the following drop information: 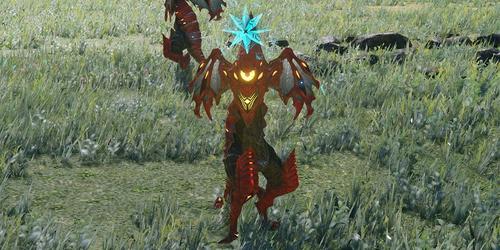 Each Technique has one of the six Elements of Fire, Ice, Lightning, Wind, Light, or Dark.

Some Enemies will go into a special Debuff state called Elemental Downs if you continue attacking using their Elemental Weaknesses.

Some enemies have Weak Points. When you attack its Weak Point, the damage display will turn to blue, and you can dish out more damage.

Some enemies will go into a special Debuff state called Physical Down if you attack their Weak Points.